skip to main | skip to sidebar

A brief history of İstanbul

Formerly known as Byzantion (), the name's origin is still uncertain. After being re-founded by Constantine I during the decline of the (330 AD), the city was referred to as "Deut era Roma", or "Second Rome." During this era, the custom was to take the name of the city's founder and use it as the basis for the city's name. Thus, the name was given.

It is said that the name "" came from the Byzantine period. Supposedly, the Byzantines never referred to the city by its actual name, but by "Polis"(city). This is the city that gradually spread to both sides of the beautiful Bosporus, which was formed naturally early in the IV Geological Period, as the seawater filled the deep and narrow valley between what is now considered Europe and Anatolia.

The city has been the capital of three empires over its long an colorful existence and been a destination due to its historical treasures, as well as its natural beauty.

is located in the north-west Marmara Region of . It encloses the southern Bosphorus which places the city on two continents—the western portion of is in Europe, while the eastern portion is in . The city boundaries cover a surface area of 1,539 square kilometres (594 sq mi), while the metropolitan region, or the Province of Istanbul, covers 6,220 square kilometres (2,402 sq mi).

The city has a Mediterranean climate with hot and humid summers; and cool, rainy and often snowy winters. Humidity is generally rather high which can make temperatures feel much warmer or colder than they actually are. Yearly precipitation for averages 640 millimetres (25.2 in).[22] Snowfall is quite common, snowing for a week or two during the winter season, but it can be heavy once it snows. It is most likely to occur between the months of December and March. The summer months between June and September bring average daytime temperatures of 28 °C (82 °F). The warmest month is July with an average temperature of 23.3 °C (74 °F), the coldest is January with 5.6 °C (42 °F). The weather becomes slightly cooler as one moves toward eastern . Summer is by far the driest season, although there is no real summer drought such as occurs further west, and so the climate cannot be considered truly Mediterranean. The city is quite windy, having an average wind speed of 17 km/h (11 mph). 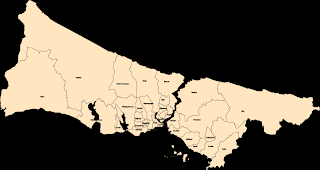 Due to Istanbul's exponential growth during the second half of 20th century, a significant portion of the city consists of "Gecekondus", a Turkish word created in the 1940s meaning "built overnight" and refers to the illegally constructed squatter buildings that comprise entire neighborhoods and run rampant in Turkey’s larger cities, especially Istanbul, Ankara, İzmir, and Bursa. According to the official definition stated in the Gecekondus Act of 1966, these neighborhoods are typically built on abandoned land or on lands owned by others, without the permission of the landowner, and do not obey rules and regulations. 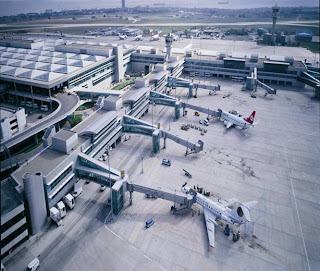 has two international airports: The larger one is the Atatürk International Airport located in the Yeşilköy district on the European side, about 24 kilometres (15 mi) west from the city center. When it was first built, the airport used to be at the western edge of the metropolitan area but now lies within the city bounds.

In 1883, a Belgian entrepreneur, Georges Nagelmackers, began rail service between Paris and Constantinople, using a steamship to ferry passengers from Varna to . In 1889, a rail line was completed going through Bucharest to , making the whole journey via land possible. His company, La Compagnie Internationale des Wagons-Lits et des Grands Express Européens, provided the trains, which were renowned for their luxury and their beautiful Oriental style. The route was known as the Orient Express, made even more famous by the works of Agatha Christie and Graham Greene.[47]

Today, the Sirkeci Terminal of the Turkish State Railways (TCDD) is the terminus of all the lines on the European side and the main connection node of the Turkish railway network with the rest of . Currently, international connections are provided by the line running between Istanbul and Thessaloniki, Greece, and the Bosphorus Express serving daily between Sirkeci and Gara de Nord in Bucharest, Romania. Lines to Sofia, Belgrade, Budapest, and Chişinău are established over the Bosphorus Express connection to . Sirkeci Terminal was originally opened as the terminus of the Orient Express.

Beyond the Bosphorus, the Haydarpaşa Terminal on the Asian side serves lines running several times daily to Ankara, and less frequently to other destinations in Anatolia. The railway networks on the European and Asian sides are currently connected by the train ferry across the Bosphorus, which will be replaced by an underwater tunnel connection with the completion of the Marmaray project, scheduled for 2009. Marmaray (Bosphorus Rail Tunnel) will also connect the metro lines on the European and Asian parts of the city. Haydarpaşa Terminal was originally opened as the terminus of the Istanbul-Baghdad and Istanbul-Damascus-Medina railways.

The E5, E90 and Trans European Motorway (TEM) are the three main motorway connections between Europe and . The motorway network around is well developed and is constantly being extended. Motorways lead east to Ankara and west to Edirne. There are also 2 express highways circling the city. The older one, the E5, is mostly used for inner city traffic while the more recent one, the TEM highway, is mostly used by intercity or intercontinental traffic. The Bosphorus Bridge on E5 and the Fatih Sultan Mehmet Bridge on TEM establish the motorway connection between the European and the Asian sides of the Bosphorus.

is becoming increasingly colorful in terms of its rich social, cultural, and commercial activities. While world famous pop stars fill stadiums, activities like opera, ballet and theater continue throughout the year. During seasonal festivals, world famous orchestras, chorale ensembles, concerts and jazz legends can be found often playing to a full house. The Istanbul International Film Festival is one of the most important film festivals in , while the Istanbul Biennial is another major event of fine arts.

Istanbul Modern, located on the Bosphorus with a magnificent view of the Seraglio Point, resembles Tate Modern in many ways and frequently hosts the exhibitions of renowned Turkish and foreign artists. Pera Museum and Sakıp Sabancı Museum have hosted the exhibitions of world famous artists like Picasso, Rodin, Rembrandt and many others, and are among the most important private museums in the city. The Rahmi M. Koç Museum on the Golden Horn is an industrial museum, largely inspired by the Henry Ford Museum in the . It exhibits historic industrial equipment such as cars and locomotives from the 1800s and early 1900s, as well as boats, submarines, aircraft, and other similar vintage machines from past epochs.

Istanbul Archaeology Museum, established in 1881, is one of the largest and most famous museums of its kind in the world. The museum contains more than 1,000,000 archaeological pieces from the Mediterranean basin, the Balkans, the Middle East, North Africa and . Istanbul Mosaic Museum contains the late Roman and early Byzantine floor mosaics and wall ornaments of the Great Palace of Constantinople. The nearby Turkish and Islamic Arts Museum, originally the (1524) on , displays a vast collection of items from various Islamic civilizations. Sadberk Hanım Museum on the Bosphorus contains a wide variety of artifacts, dating from the earliest Anatolian civilizations to the Ottomans.

Occasionally, in November, the Silahhane (Armory Hall) of Yıldız Palace hosts the Istanbul Antiques Fair, which brings together rare pieces of antiques from the Orient and Occident. The items are sold either directly, or through auction. The multi-storey Mecidiyeköy Antikacılar Çarşısı (Mecidiyeköy Antiques Bazaar) in the Mecidiyeköy quarter of Şişli is the largest antiques market in the city, while the Çukurcuma neighbourhood of Beyoğlu has rows of antiques shops in its streets. The Grand Bazaar, edificed between 1455–1461 by the order of Sultan Mehmed the Conqueror and later enlarged in the 16th century during the reign of Sultan Suleiman the Magnificent also has numerous antiques shops, along with shops selling jewels, carpets and other items of art and artisanship. Historic and rare books are found in the Sahaflar Çarşısı near Beyazıt Square, which was known as the Forum Tauri in the Roman period. It is one of the oldest book markets in the world, and has continuously been active in the same location since the late Roman, Byzantine and Ottoman periods.

A significant culture has been developed around what is known as a Turkish Bath (Hamam), the origins of which can be traced back to the ancient Roman Bath, which was a part of the Byzantine lifestyle and customs that were inherited first by the Seljuk Turks and later the Ottomans, who developed it into something more elaborate. It was a culture of leisure during the Ottoman period. The hamams in the Ottoman culture started out as structural elements serving as annexes to mosques, however quickly evolved into institutions and eventually with the works of the great Ottoman architect Sinan, into monumental structural complexes, the finest example being the Çemberlitaş Hamamı (1584) in Istanbul, located on the Çemberlitaş (Column of Constantine) Square

has numerous historic shopping centers, such as the Grand Bazaar (1461), Mahmutpaşa Bazaar (1462) and the Egyptian Bazaar (1660). The first modern shopping mall was Galleria Ataköy (1987), which was followed by dozens of others in the later decades, such as Akmerkez (1993) which is the only mall to win both "Europe's Best" and "World's Best" awards by the ICSC; Metrocity (2003); Cevahir Mall (2005) which is the largest mall in Europe; and Kanyon Mall (2006) which won the 2006 Cityscape Architectural Review Award for its interesting design. (2007) and City's Nişantaşı (2008) are two new malls which target high-end consumers and are almost exclusively dedicated to world-famous fashion brands. 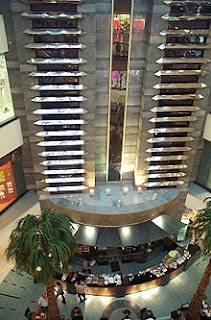 There are thousands of alternatives for night life in but the most popular open air summer time seaside night clubs are found on the Bosphorus, such as Reina, Sortie and Anjelique in the Ortaköy district. and Nu Pera in Beyoğlu are popular night clubs both in the summer and in the winter, while Istanbul Arena in Maslak frequently hosts the live concerts of famous singers and bands from all corners of the world. Parkorman in Maslak hosted the Isle of MTV Party in 2002 and is a popular venue for live concerts and rave parties in the summer. Q Jazz Bar in Ortaköy offers live jazz music in a stylish environment.

's Holy Month, Ramazan, sees much of the city's population fasting during daylight hours, although most restaurants and cafes remain open for those choosing not to participate and for non-Muslims. The festival of Şeker Bayramı marks the end of Ramazan and is when the inhabitants of İstanbul embark on a frenzy of socialising, with an emphasis on the sweet tooth. It's one of the city's busiest times; a three-day national holiday when businesses close and public transport is heavily patronised.

An equally busy time for İstanbul is during 's most important religious holiday. The four-day festival celebrates the almost-sacrifice of Isaac by his father Abraham on and results in hotels being heavily booked and a dearth of space on public transport.

As the lunar Hejira year is about 11 days shorter than the Gregorian year, Muslim events happen 11 days earlier each year. 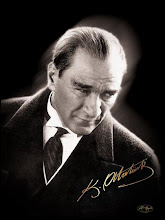 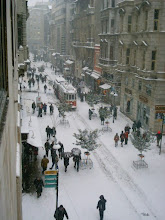 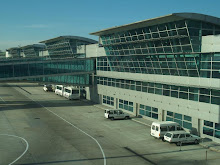 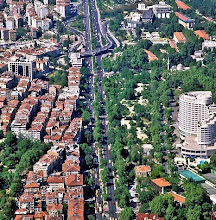 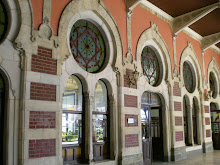 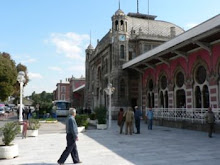 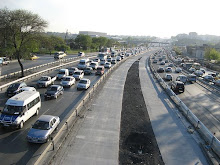 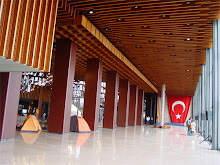 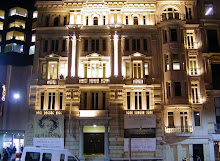 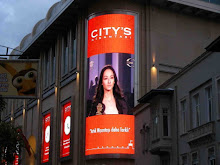 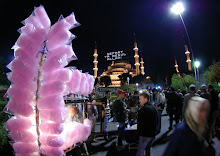 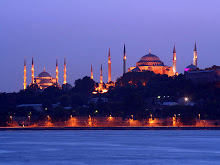 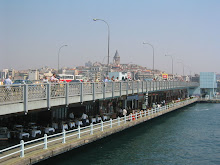 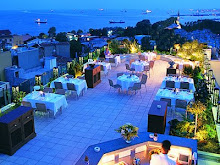 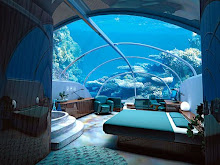